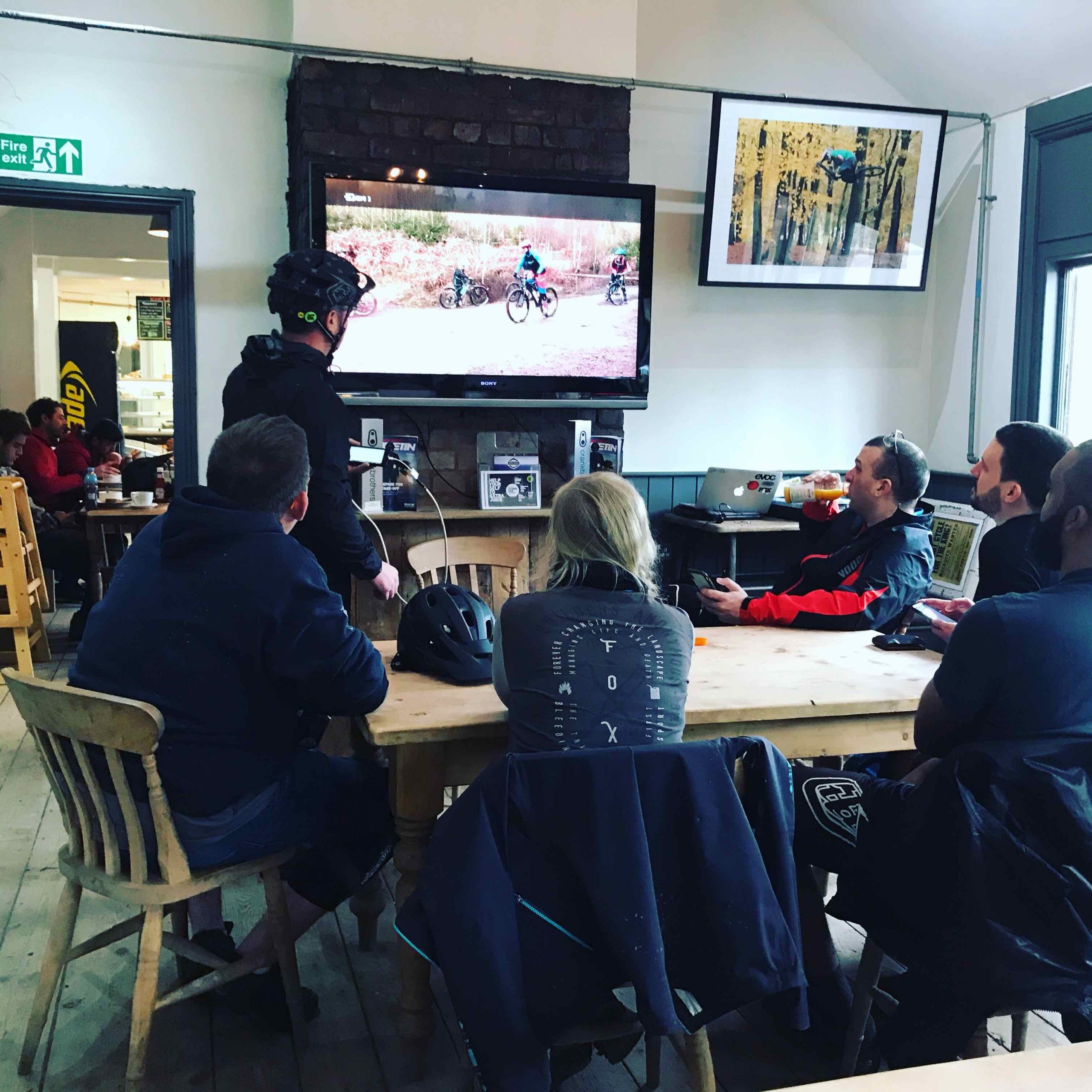 The use of the Mobile phones in Mountain Biking

I remember sitting in a GCSE English lesson many years ago. Our teacher had asked us to debate the increase of technology in the outdoors, at this point in time I was keen mountain biker and kayaker and saw no reason why technology should be in the natural environment. We had been given a paper to read and use it as evidence to base our discussions around. The paper was written by a new company called Vodaphone, yes it was that long ago! Vodaphone at that time believed that you would at some point in the future make a phone call from the top of Snowdon……. As if that would ever happen I thought!

Jump forward 24 years and things have changed a lot with the mobile phone industry, voice calls have been surpassed with video calling, apps keep the world informed of your every move and we are now able to take and record high resolution photos and video and share it from Snowdon and most mountain tops across the UK.

So what has this meant for WyeMTB as a mountain bike coaching, guiding and British Cycling Mountain bike leadership delivery centre?

The increase in the apps which our phones can use is incredible. We run weekly mountain bike group coaching sessions in the Forest of Dean and bespoke mountain bike coaching 1:1 sessions throughout the week all based from Pedalabikeaway trail centre. Years ago we would rely on watching a client complete a set skill, a drop off as a example and give them verbal feedback on how to improve, we would call this ‘hot feedback’ but the coaching industry has proven lots of key information can be missed with this type of simple observation.

On our MTB coaching sessions, we now try to utilise the phone to capture a small video clips observing the client completing the skill. There are a host of apps which allow us to record and then play back the skill being performed. This is great and really allows the client to see themselves competing the skill in real time and allows our MTB coaching staff to slow the video down giving accrete coaching points. Once the mountain bike session is over these videos can be shared with the client who can review them at a later date and time.

The increase of social media in society has meant that people like to document what mountain bike adventures they have been on. Our mountain bike guided rides across Wales have led us to increase our skills of documenting the days adventure and sharing with the clients and also sharing content on our social media channels. Remember if it’s not on Instagram it never happened 😉

Its really funning to see the change, years ago our phones could only provide use with basic features and definitely didn’t have the capabilities to take a photo, but now the phone is capable of taking pictures close to the quality of a basic DSLR camera. Even an armature can point and shoot and get a reasonable picture, I fall into this category. At the end of the guided ride clients are keen to grab the photos and videos off our mountain bike guides so they can share and reflect on their mountain bike adventure with us in Wales.

Being able to perform our jobs as a high-end mountain bike guides, lead groups down technical and remote terrain, ensure they are all safe and enjoying themselves, meeting deadlines throughout the day e.g. lunch and pick ups and capturing all of this on the phone is a true juggling act. During our British Cycling Mountain bike leadership training courses we do not talk or discuss this juggling act, so where do you learn it? Well, on the job!

Lets be far, our phones have evolved somewhat from the Nokia 1610, the phones which we carry around in our mountain bike guide packs are more like minicomputers. Each phone is set up to the desires and needs of their owners. My phone has lots of apps based around the environment, weather, social media and navigational app’s. Over the years as the technology within the phone has increased so too has my understanding of what they are capable off.

The biggest development I have seen with the app’s is through navigation, our 1st encounter with phone navigation was ‘View ranger’ a company which allowed you to purchase tiles of OS maps from areas which you were working in. For the first time ever, we could have the whole of the UK in scale 1:25k and 1:50k in our back pocket. With a click of a button the app would indicate exactly where you were, no need to relocate, no need to worry you might be in the wrong place, no need to spend time looking over a map to decide where you were and no need to unfold a huge piece of paper. What did this mean to us, FLOW if we were in areas we didn’t know we could utilise the app and increase the overall flow of our journeys. For the people who have attended one of our British Cycling Mountain Bike Leadership courses you will remember that Flow is critical.

24 years since the first debate about mobile phone use in the outdoors my stance has changed somewhat, in fact I would say my opinion is that this microcomputer has become a critical tool. Our clients expect use to stay social on our social channels through videos and pictures, when people book onto one of our mountain bike guided rides they expect the trip to be documented and share with them. When people pay their money for mountain bike coaching, they expect to develop during the sessions and coaching pedagogy suggests that video feedback aids, develops and accretes coaching sessions.

So what’s going to change in the next 24years……

Thomas Sully
19:17 04 Apr 19
Cracking training, found out everything i suck at, a good analysis of why and lots of help on what to train to get it dialed in, would definitely recommend

Sacha Baber
15:19 11 Feb 19
Booked on to the Navigation course, it was great, really helped me understand maps and compass work. Everything is explained so well and it is great to get outside on the bikes during the course and put it in to practice.

David Furnival
12:38 04 Jun 19
Did the FLOW course at FoD recently and loved it. Dave (Windy) was our leader and he was great. He kept things very simple and focused on how things felt, or should feel rather than talking lots of technical jargon and it worked a treat for me. The course was well put together and delivered in a progressive structure ending the day with a couple of brilliant trails to put it all together. I'll be back
Next Reviews Write a review